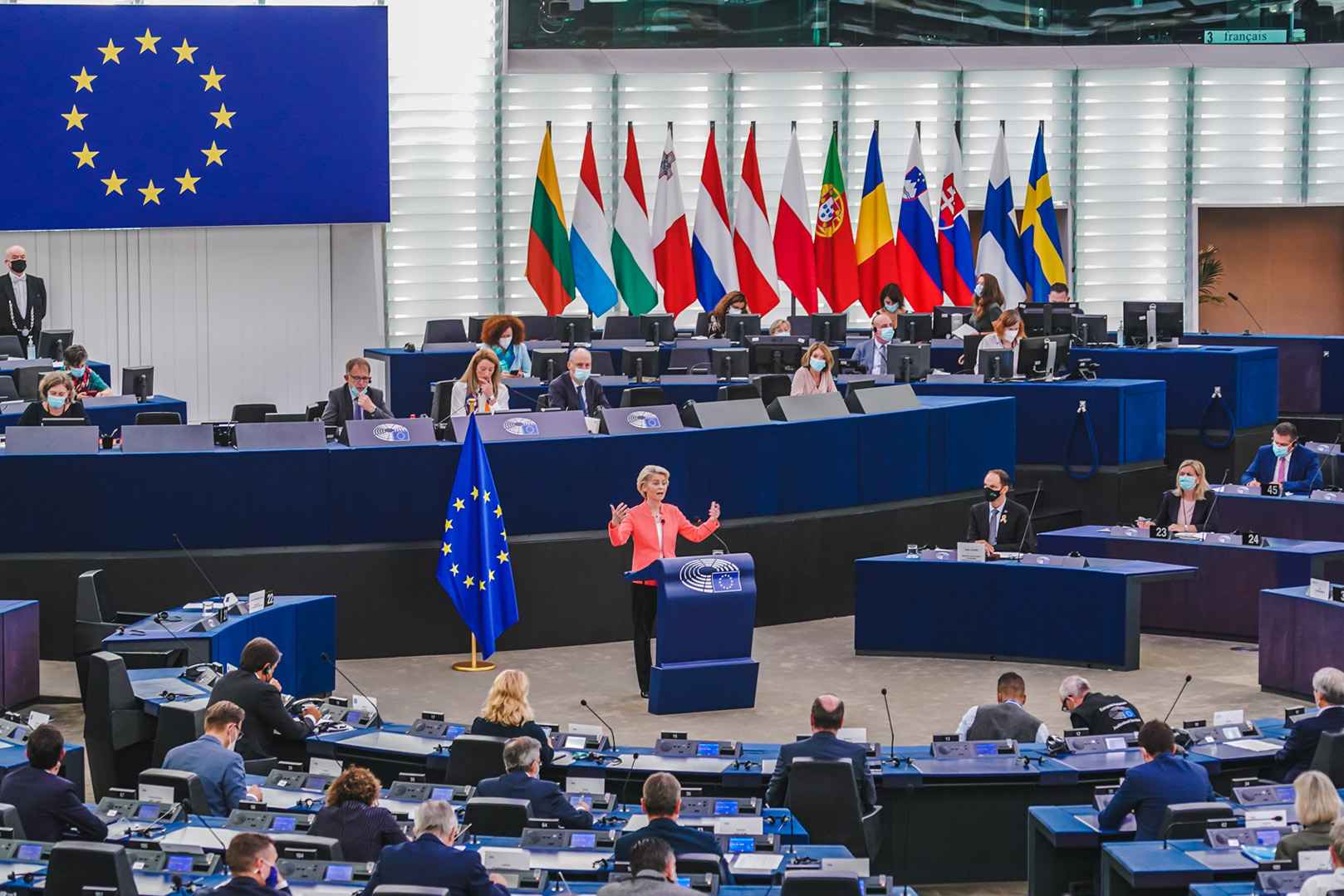 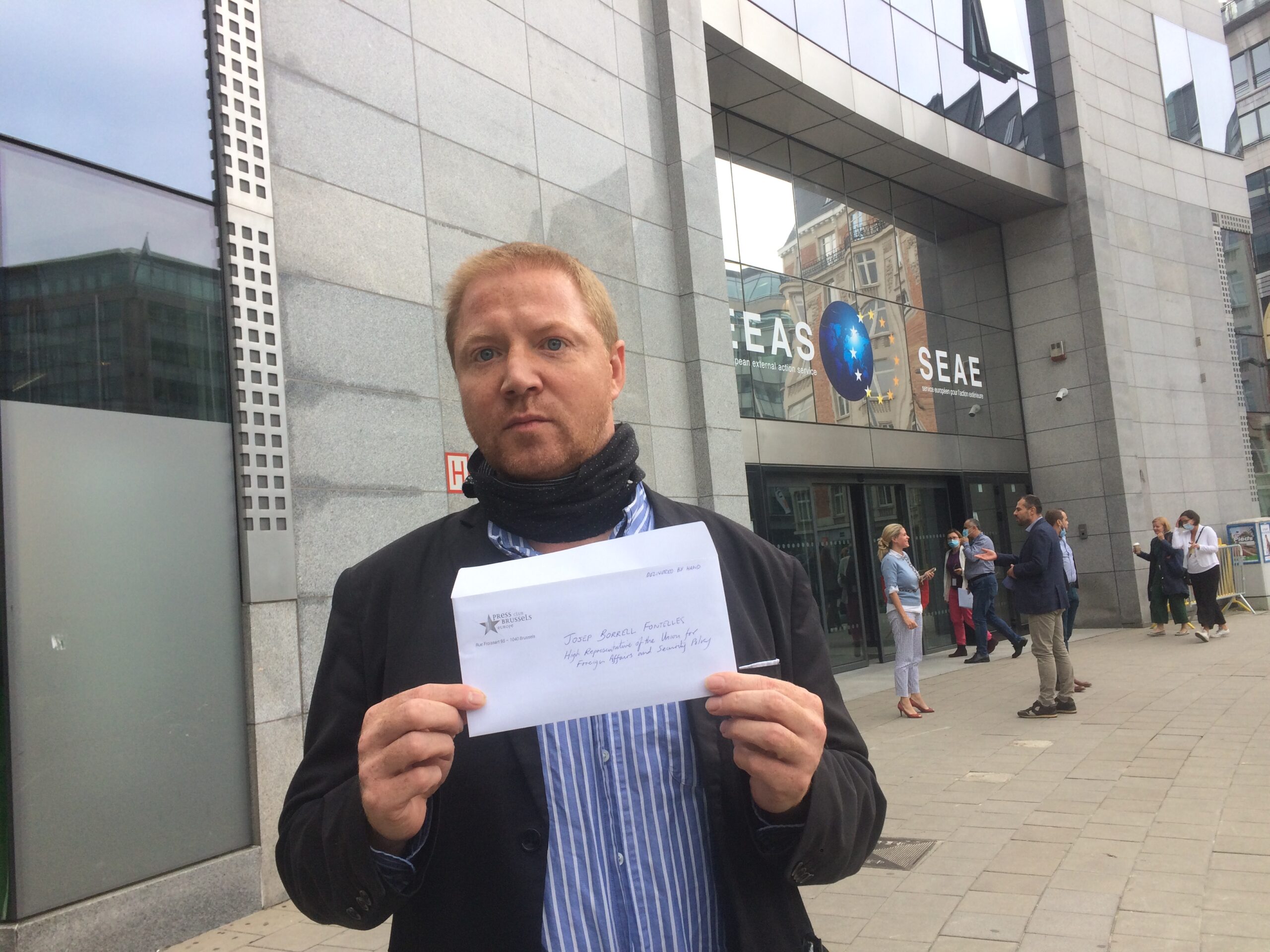 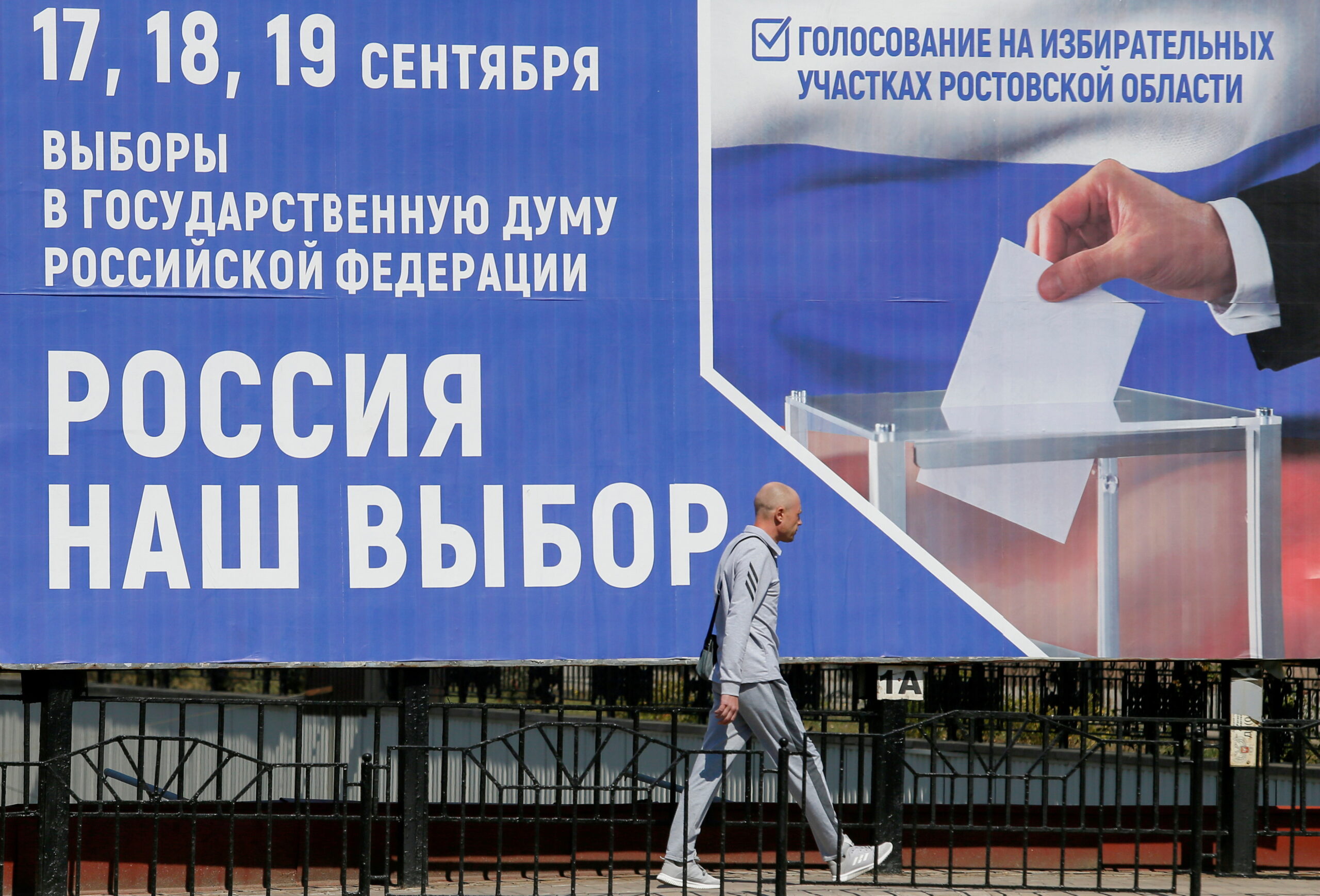 Russian and separatist flags flutter in the air as lively music blares and soldiers from the self-proclaimed Donetsk People’s Republic sit listening to speeches. Members of the Russian nationalist Night Wolves motorcycle club mill around nearby, ysgrifennu Alexander Ermochenko, Sergiy Karazy in Kyiv and Maria Tsvetkova in Moscow.

Russia will hold parliamentary elections on 17-19 September and for the first time, United Russia, the ruling party that supports President Vladimir Putin, is campaigning in eastern Ukraine on territory controlled by Moscow-backed separatists.

Up for grabs are the votes of more than 600,000 people who were given Russian passports after a Kremlin policy change in 2019 that Ukraine decried as a step towards annexation.

"I will vote for sure, and only for United Russia because I think with them we will join the Russian Federation," said Elena, 39, from Khartsysk in the Donetsk region.

"Our children will study according to the Russian curriculum, our salaries will be according to Russian standards, and actually we will live in Russia," she said, speaking at a United Russia rally in the city of Donetsk.

In 2014, after street protests ousted Ukraine's Kremlin-friendly president Viktor Yanukovich, Russia swiftly annexed another part of Ukraine, the Crimean Peninsula. Pro-Russian separatists then rose up across eastern Ukraine, in what Kyiv and its Western allies called a Moscow-backed land grab.

More than 14,000 people have died in fighting between separatists and Ukrainian forces, with deadly clashes continuing regularly despite a ceasefire that ended large scale combat in 2015.

Two self-proclaimed "People's Republics" run the Donetsk and Luhansk regions, in a part of eastern Ukraine known as the Donbass. Moscow has cultivated close links to the separatists but denies orchestrating their rebellions.

In Donetsk, election billboards with images of Russian landmarks such as Moscow's St Basil's Cathedral are dotted around. The Russian rouble has supplanted the Ukrainian hryvnia. Kyiv, meanwhile, is furious at Russia staging an election on separatist-held territory.

"There is a total 'Russification' of this region going full steam ahead," Oleskiy Danilov, secretary of Ukraine's security and defence council, told Reuters in Kyiv.

"The other question is why is the world not reacting to this? Why should they recognise this State Duma?" he said in an interview in Kyiv, referring to the Russian parliament's lower house that will be chosen in the vote.

Russia says there is nothing unusual about people with dual Russian and Ukrainian nationality voting in a Russian election.

Kyiv and Moscow accuse each other of blocking a permanent peace in the Donbass. A mass mobilisation of Russian forces near Ukraine's border earlier this year caused alarm in the West.

Across Russia itself, United Russia is expected to win the parliamentary election, as it has never failed to do in the Putin era, despite opinion poll ratings that have sagged lately over stagnant living standards. Opposition groups say their candidates have been denied access to the ballot, jailed, intimidated or pushed into exile, and they anticipate fraud. Russia says the vote will be fair.

Although the Donbass is small when compared with the overall Russian electorate, the ruling party's overwhelming support there could be enough to secure extra seats.

"Obviously United Russia's rating there is much higher and the protest vote is much lower there than across (Russia) on average," said Abbas Gallyamov, a former Kremlin speech writer turned political analyst.

"That's why they are mobilizing Donbass."

Yevhen Mahda, a Kyiv-based political analyst, said Russia was letting Donbass residents vote not only to boost United Russia, but to legitimise the separatist administrations.

"Russia, I would put it this way, with great cynicism, is exploiting the fact that most of the people living there have nowhere to go to get help, nobody to rely on, and often a Russian passport was the only way out of the desperate situation that people found themselves in on occupied territories."